Meet the team working behind the scenes to preserve an otherwise doomed world ! Pierre-Yves lives to the rhythm of his passions and of the thousand ideas coming to his mind daily, while Chenda takes care of the day to day management of their common achievements.

Daughter of a doctor murdered under Pol Pot, Chenda comes from a Phnom Penh family while Pierre-Yves is a former paratrooper who came to Cambodia during the United Nations’ mission in Cambodia to live his dreams of adventure.

They got married in 1997 and opened their first hotel in 1999 in the former residence of the Ratanakiri Governor.

Because he took numerous tourists to the villages where the minorities live, Pierre-Yves has learnt to know the forest as well as the dozen minorities who inhabit it, he then gradually became a would-be doctor, a counsellor and a friend to some of those villages. Ratanakiri is therefore a particular place for the Clais who enjoys an intense relationship with this remote area of Cambodia. 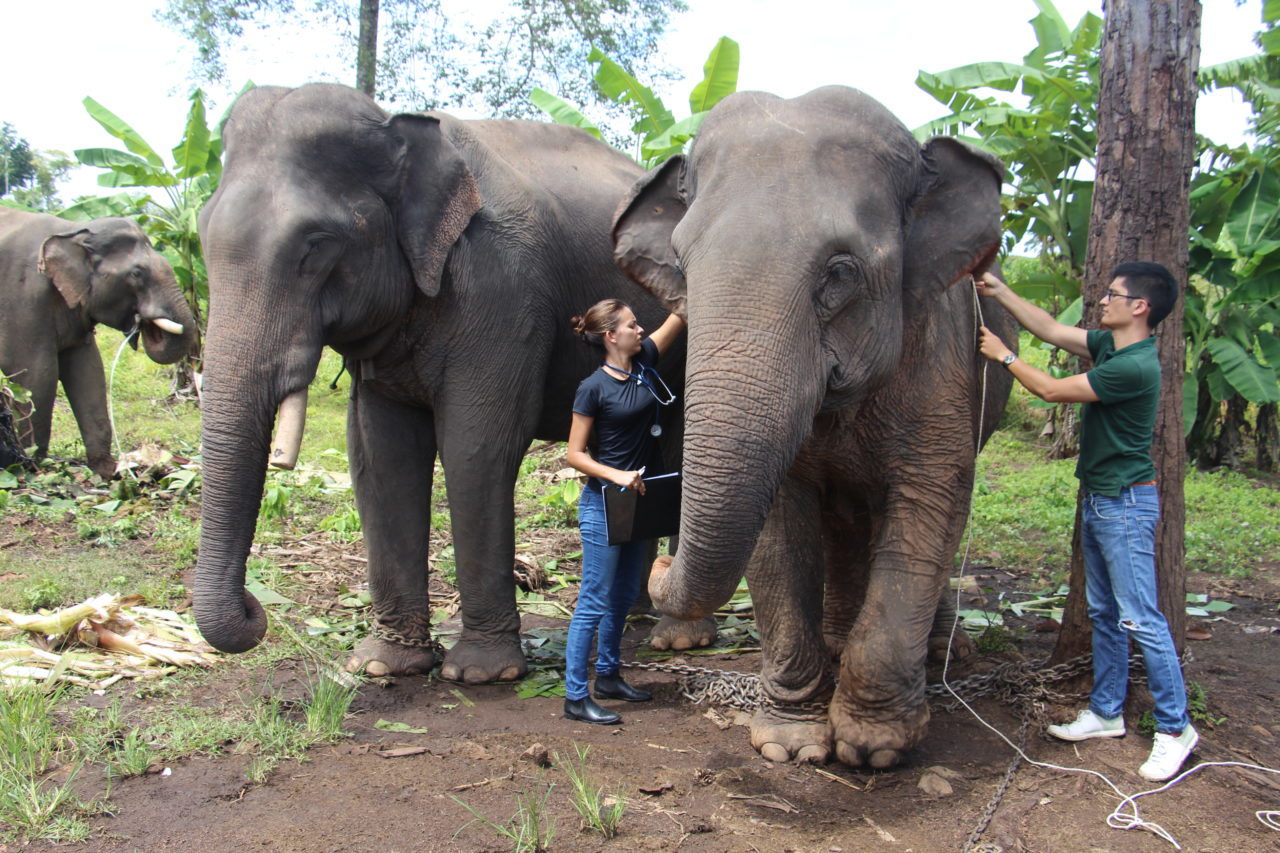 The veterinary team
The Veterinians

Aïravata has the honor and privilege to enjoy the support of the AGROVET Clinic and the Pasteur Institute of Cambodia.