Our Elephants,
Our Pride

Meet the last elephants of Ratanakiri Ikeo is a 34 year old female, she was born in captivity in the village of Samot Krom in 1982. Her grand mother had been caught in the forest and was later mated to a wild male just captured. Her mother was mated the same way.
During the Khmer rouge she was used as a pack elephant to carry supplies. When Ikeo was two years old, Vietnamese soldiers took over the village and shot her mother dead to take her tusks. Her owner then hid her in the forest for over a year till the Vietnamese withdrew from the village. Ikeo started working very hard from the age of 7. Her job was to carry and haul large amounts of wood to neighboring Vietnam. She now only does light work and eats like an… elephant ! Kamsen, 40 years of age, was the one true love of his former owner. To deter people who wanted to buy Kamsen his owner pretended he was a dangerous elephant that he only could handle. This worked very well till recently when his children were approached by middlemen who wanted to buy Kamsen’s ivory. They took advantage of a time when the owner had gone to the forest and sawed the tusks off! Upon his return the poor man was so desperate that he drank herbicide and died a few days later in hospital. Out of respect for his memory we decided that Kamsen would lead a happy life in his home province. Bokva is currently the biggest Cambodian elephant; he was born in captivity in the village of Kampleign in 1980. His mother had been caught in the forest and his father was a wild elephant. A little after his birth his owner hid Bokva in the forest to protect him from the Vietnamese soldiers controlling the area. Bokva has only carried light loads and worked as a hunting elephant that’s why he is now in very good shape. He was sold following the death of his owner as the family didn’t want to look after him any more. 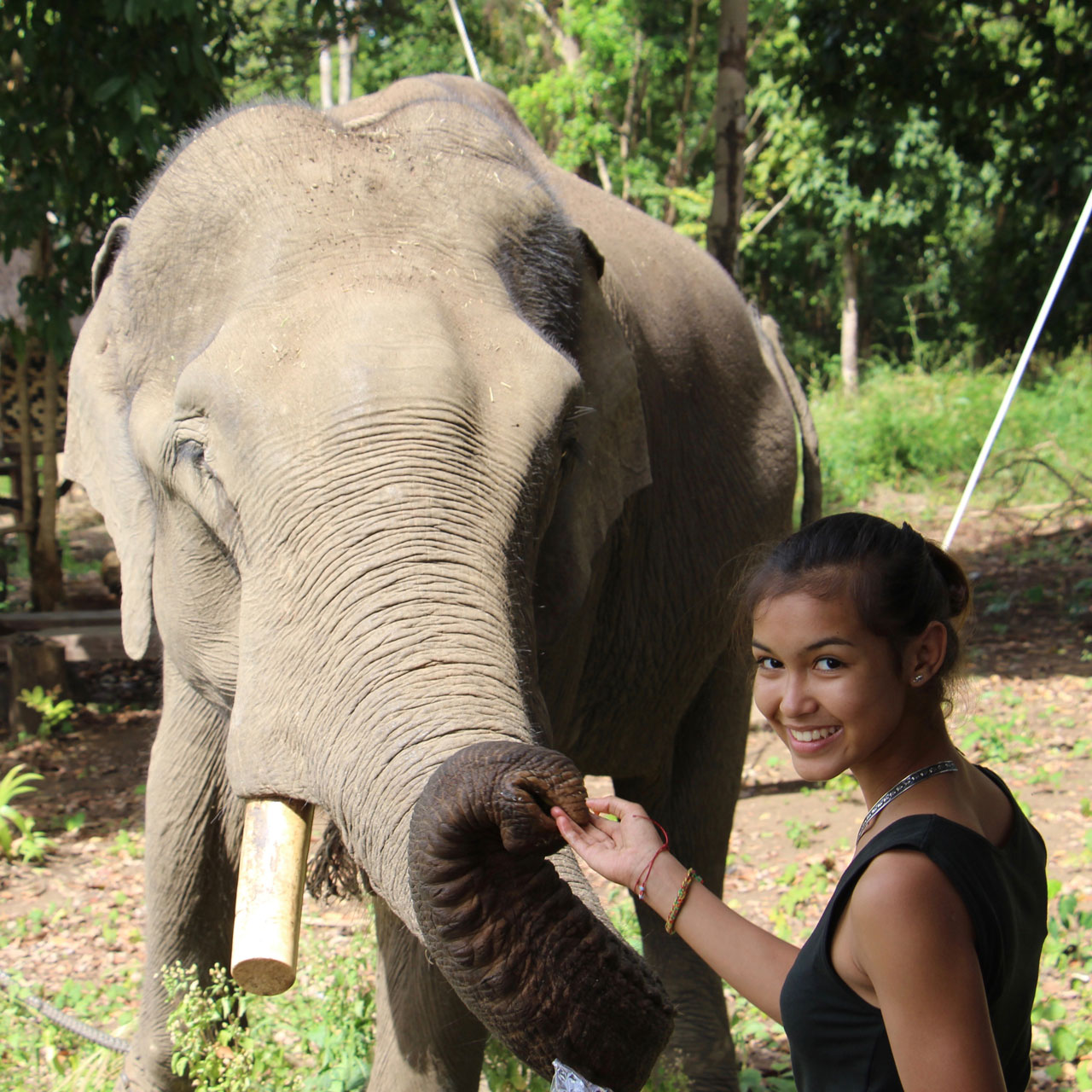 Bak Maï, 32 years old, is probably the most famous elephant in Cambodia ! After years of neglect in Mondolkiri he escaped his chains and got badly wounded. His former mahout decided to catch him while he was chasing a female. The poor man was later found dead and Bak Maï was to be killed in revenge. We decided to give him a second chance, rescued and rehabilitated him; he has proved a good boy ever since!